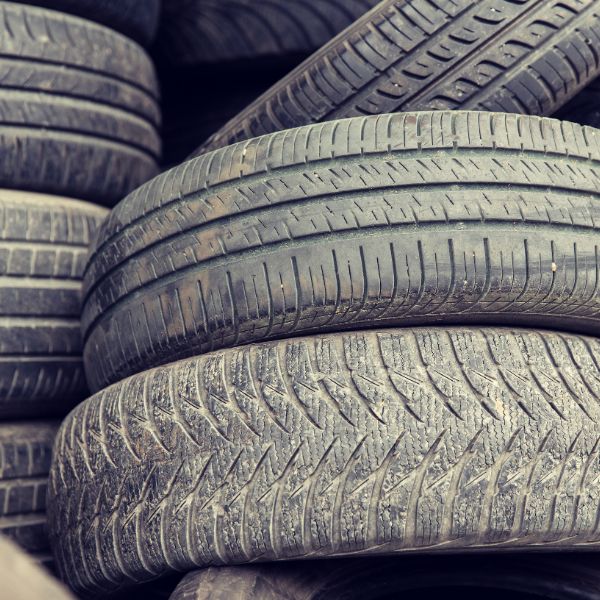 In a tough economic climate every euro counts and some drivers are turning to part-worn tyres as a way to economise on their motoring costs. However, as independent research has revealed, in a sample of part-worn tyres the figures don’t always stack up.

With a set of 4 new tyres sometimes costing as much as €1000, it’s hardly surprising that Irish motorists might consider buying second hand. Surely with thousands of second hand tyres being sold in Ireland, they must be a bargain? Apparently not.

TyreSafe’s recent investigation into the sale and condition of these part worn tyres in the UK were horrified by what they found. The standard of these tyres were lethal. In some cases they were an accident waiting to happen. Tyres were found to have been sold with rusty nails inside, others sold with internal damage and more sold with poor patches. “In many cases these tyres look great, they have loads of tread and you could be fooled into thinking they’re a bargain. But when you buy them, you inherit their dodgy history – every time they ran up a kerb, every accident, every time the owner drove them under inflated” says TyreSafe, a UK based tyre safety organisation recent investigation. Most motorists don’t get a chance to inspect a part worn tyre before it’s fitted. Tyres are complex engineered products so it is not just their outer visual condition that affects road safety. A tyre is a high tech piece of equipment consisting of over 30 components which must all be in good condition to ensure safety. As part worn tyres are not required to be examined by x-ray for internal structural defects before their sale it can be impossible to determine if any internal damage exists and that the safety of the tyre has been damaged.

The research showed many drivers who buy part worn tyres do so because they believe they offer better value for money. However, this isn’t necessarily so the case. Rather than just considering the initial purchase price, drivers should look at the cost per mm of useable tyre. New tyres are normally sold with 8mm of tread depth whereas part worn tyres have as little as 2mm of tread. With the legal minimum tread depth of 1.6mm in Ireland, the cost per mm of useable tread of part worn tyres can be considerably more than that of a new tyre. Equally a part worn tyre will need to be replaced much sooner than a new tyre meaning further expenditure will be required.

Part worn tyres can come from a variety of sources meaning that it is extremely difficult to understand their history. Some are removed from vehicles which have been written off following an accident; others are put back into service having been changed by their original owner; and others arise from situations where drivers switch between a set of summer and winter tyres and choose to refit brand new tyres rather than refitting their old set. Unlike our counterparts in the UK, there is no governing legislation relation to the sale of second hand tyres.

TyreSafe is one of the UK’s leading tyre safety organisations, dedicated to raising awareness about the dangers associated with defective or illegal tyres. It was established in 2006 as a not for profit organisation.

We use cookies on our website to give you the most relevant experience by remembering your preferences and repeat visits. By clicking “Accept All”, you consent to the use of ALL the cookies. However, you may visit "Cookie Settings" to provide a controlled consent.
Cookie SettingsAccept All
Manage consent

This website uses cookies to improve your experience while you navigate through the website. Out of these, the cookies that are categorized as necessary are stored on your browser as they are essential for the working of basic functionalities of the website. We also use third-party cookies that help us analyze and understand how you use this website. These cookies will be stored in your browser only with your consent. You also have the option to opt-out of these cookies. But opting out of some of these cookies may affect your browsing experience.
Necessary Always Enabled
Necessary cookies are absolutely essential for the website to function properly. These cookies ensure basic functionalities and security features of the website, anonymously.
Functional
Functional cookies help to perform certain functionalities like sharing the content of the website on social media platforms, collect feedbacks, and other third-party features.
Performance
Performance cookies are used to understand and analyze the key performance indexes of the website which helps in delivering a better user experience for the visitors.
Analytics
Analytical cookies are used to understand how visitors interact with the website. These cookies help provide information on metrics the number of visitors, bounce rate, traffic source, etc.
Advertisement
Advertisement cookies are used to provide visitors with relevant ads and marketing campaigns. These cookies track visitors across websites and collect information to provide customized ads.
Others
Other uncategorized cookies are those that are being analyzed and have not been classified into a category as yet.
SAVE & ACCEPT
Scroll to Top